Have you ever continued doing something that no longer serves you only because of the amount of time, energy, money & effort that you’ve invested in it? Tune in to learn how this behavior negatively impacts your future and how to avoid it!

The sunk-cost fallacy describes one’s tendency to “throw away good money after bad.” However, it’s not always about money. Truth is, sometimes we continue to spend money, time, and energy on things that serve no longer serve us. The current costs in these scenarios often outweigh the benefits. Why do we fall prey to this? It’s natural human behavior.

Common examples of the sunk cost fallacy in people’s lives include:

Here’s something else you can try. Imagine someone telling you to cut two things off from your budget that you don’t really use that often. What would those two things be if cutting them off was an absolute must? More importantly, what emotions follow when thinking of having to make that decision? Do you feel anger, guilt, shame, sadness? If you realize these types of emotions are taking over you, it’s likely you’re allowing the sunk-cost fallacy to cloud your judgement.

Humans have a tendency of wanting to hold on to things and letting go of such things means admitting we’re wrong. Choosing to not follow through is tough, and often creates a narrative of failure. However, don’t let your ego get to you! Throwing away good money, time, and energy because you’ve “gone this far” is not always the wisest way to approach your scenario, especially if you recognize you could be using your resources on a better alternative.

In this episode, Luis talks about the following and more: 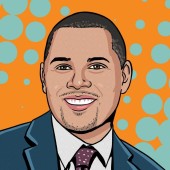